Why Fearful Dogs Don't Need To "Get Used To It" 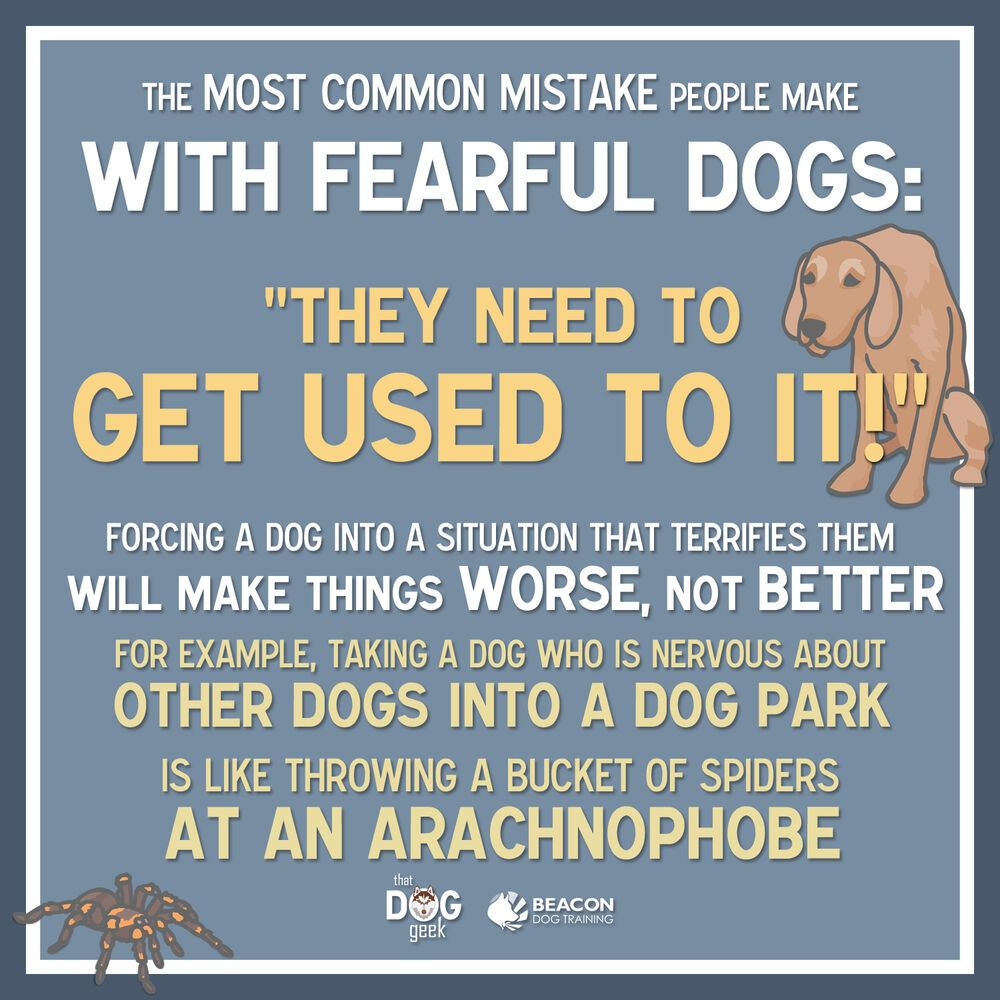 One of the most common mistakes that people make when trying to help fearful dogs is the tough-love style method of thinking “they need to get used to it!”

Usually this way of thinking leads to an owner exposing their dog to the thing that scares them over and over again, in the hope that the dog will figure out that it isn’t scary.

Dog trainers call this “flooding”, and it very rarely has the desired outcome. Just like suddenly throwing a bucket of spiders at an arachnophobe, forcing a dog into a situation that terrifies them is more likely to INCREASE their fear. An arachnophobe covered in an unexpected bucket load of spiders will not be calmly rationalising the situation and realising that spiders aren’t scary – the overwhelming nature of the situation will place them into flight and fight mode, and it’s likely that they’ll walk away from the encounter with an even greater fear.

The same logic applies to dogs when they’re forced way beyond the threshold of what they’re comfortable with, like when a dog who is nervous about other dogs is forced into a busy dog park.

This method also has the added side effect of destroying the dog’s trust in the humans who forced him into the terrifying situation – just like how the arachnophobe would feel about the person that attacked them with spiders.