Why It's Important To Give Dogs Time To Think 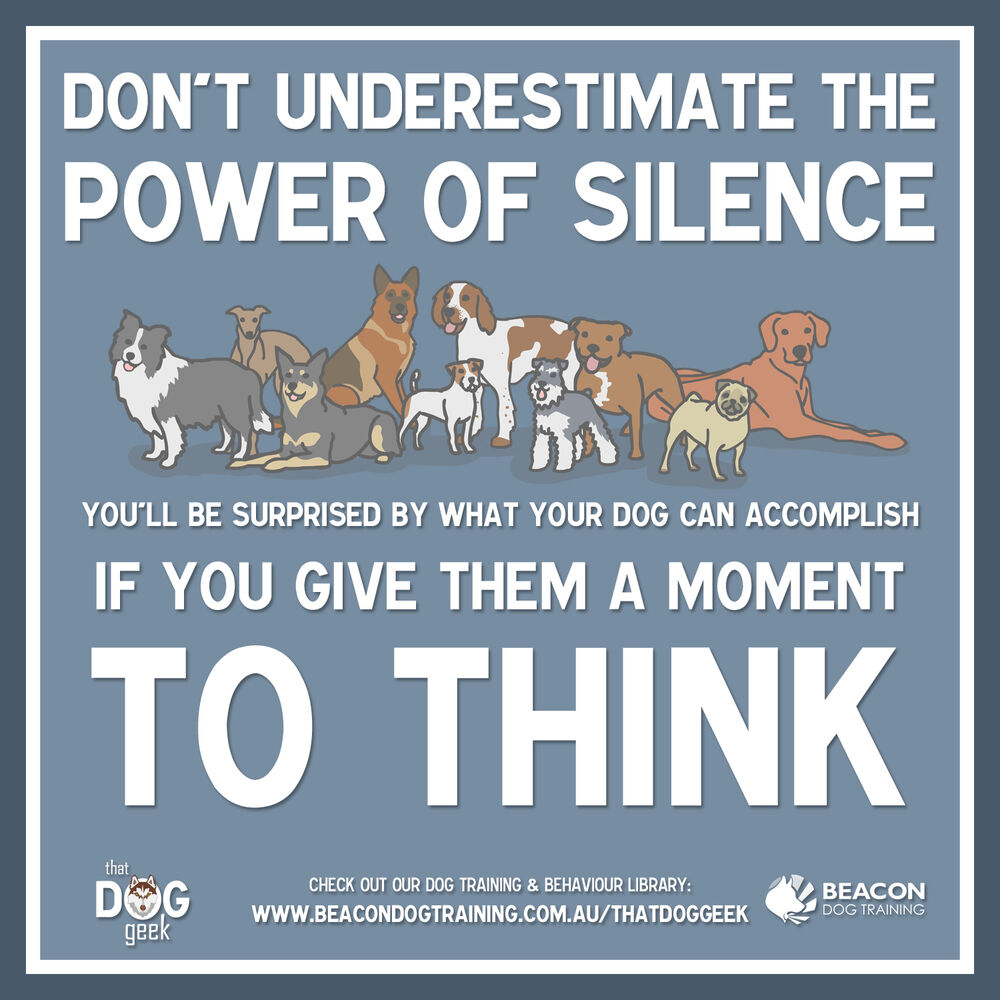 “What’s the command for this?” is one of the most common questions that dog trainers hear from owners. There’s a big focus in the general dog owning public on using WORDS to control a dog. We humans use a verbal language as our primarily mode of communication, so it’s only natural that we instinctively use plenty of spoken cues when we’re trying to get a dog to do something.

While spoken cues, or “commands” are a crucial part of training a dog, they can also be the cause of setbacks or failures. “Sit,” says the typical dog owner, and if their dog doesn’t immediately follow the cue, the owner will usually follow up their first cue with some variation of “sit. Sit! Go on buddy! SIT!!” or even some non-verbal prompting, like pushing on the dog’s rear or yanking their leash.

A human equivalent would be handing you a math problem, saying “solve it!” and then continually nagging you until you did – “Solve it! Go on! Do it! I know that you know how to do this! Solve the problem!” In both situations, the instructor would most likely see a better result if they simply gave ‍‍‍their student a moment of silence to think.

If you ask your dog to follow a cue, and they don’t comply the first time you ask even when you give them a moment to think it through, chances are that their training is incomplete IN THAT CONTEXT. The answer is not to nag at them, but to invest some time practising in similar environments. To go back to our human analogy, that problem was too advanced; the teacher needs to go back and coach the student through the concepts involved. A common example is asking a dog to sit in a busy, high distraction environment when you’ve only done training sessions in your low-distraction lounge room.

At That Dog Geek & Beacon Dog Training we’re also big fans of training some behaviours WITHOUT ANY VERBAL CUE AT ALL. We train dogs that meeting a human IS the cue to sit politely. Picking up their leash IS the cue to wait calmly for it to be clipped on. Holding their dinner IS the cue to sit and wait until they are released to eat. Being out on a walk IS the cue to walk next to the human and check in regularly – without any “heel” or “watch me!”

This kind of training - using contextual or environment cues to prompt a dog’s behaviour - is very convenient for the humans, empowering for the dogs, and leads to a more enjoyable and relaxed coexistence for both. Dogs trained with this approach also have better impulse control and problem-solving skills, meaning that it’s easier to teach them new behaviours compared to dogs who are used to being constantly prompted.

Previous Breed Superstitions
Next What Is A Clicker For?